I don’t really get how one idea turns out to be another, or one person can say different points of view but actually aiming for the same idea, but in the end, still turns out to be different…. huh?

Have you ever started a journey on trying to be inspired with “quotes”?. They are fanciful nowadays, not just mere words on a template but quite artistically written on colorful backgrounds. 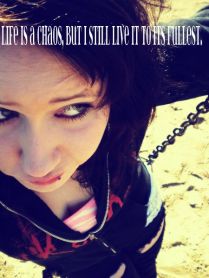 Well, this is what I really meant. Go thru a collection of quotes, you know, those snippets of words that somehow sort of make sense, or better yet, try to engage in Yoda mind speak. It’s supposed to be like someone important trying to tell you something that’s so mind shattering that you need to decipher it to save you from the destitution of soul you are experiencing right now.

Try this one, If “Life is a chaos but still live it to its fullest” how do you explain this:

“Meditate on this I must” Yoda then goes and leaves Luke hanging on for more. You see when you go for long walks, it’s not chaotic, you free your mind but you cramp your legs and when you indulge in long hot baths, it’s quite refreshing but you get out looking old and wrinkled. “Be kind to yourself and live for the moment” Believe me I’ve been doing that for the longest time and all I can account for is mediocrity. I never got to do what I really wanted to do because I was so full enjoying the moment. I’ve questioned my assumptions so often, my boss, and my mental state of mind that I consider myself lucky to still be holding onto to a regular day job. 😉 I can’t let go and just be, because everything tells me now that this pain in the ass tenacity is going to pay off in the future. Whatever happened to “never settle and never quit”

Knowledge talks, wisdom listens.
Only the wisest and the stupidest of men never change. How come? and here I always thought the only permanent thing in this world is change. What makes the stupid and wise exempted? Either they know or they don’t know that the world has left them behind, that doesn’t say much about their knowledge or their wisdom either. They were just there, trying not to be either one or both, I don’t lay claim to be relatives with these guys, sir wise and mr. stupid, but somewhere along the way I got to meet them and was lucky enough to have been close with them, they’ve told me a lot of stories and up until now, most of them are lessons learned. 🙂

But this one I really love hands down: 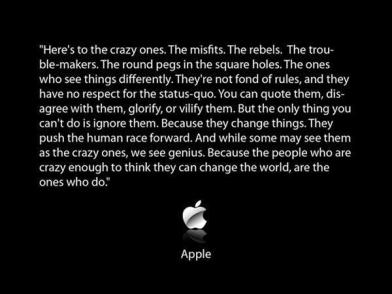 Robert Shiller is a Yale University economist; author; co-creator of S&P/Case-Shiller home price indices; co-founder and former chief economist of financial tech firm MacroMarkets; co-founder of Case-Shiller Weiss (now Fiserv Case-Shiller), and was credited to spot the two biggest bubbles of our century, here is what he has to say:

FORTUNE — “My father, Benjamin Shiller, told me not to believe in authorities or celebrities — that society tends to imagine them as superhuman. It’s good advice. People are snowed by celebrities all the time. In academia people have this idea of achieving stardom — publishing in the best journals, being at the best university, writing on the hot topic everyone else is writing about. But that’s what my father told me not to do. He taught me that you have to pursue things that sound right to you.

Life is not just a snippet of tweaks of inspiration, its the whole lot bunch of them. There are no

hard fast rules for golden inspirations. It’s how we make of it. We don’t need to comply or even quote them just to make an excuse on why we insist on living on a rut. They are just words on a fancy template.

Goodness… go out, get a life, live it, there can’t be anymore fancier than that.

← Pick Me..
Where are you going? Status updates, wassup? →
Join 138 other followers